Just thought it might be interesting to see the steps that go into making a PolargraphSD. I’m curious about this kind of stuff, and I love work-in-progress pictures. So I assume you do too. 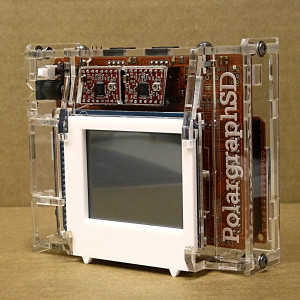 Starting with the PCB mounted in a jig made of other PCBs, I use a plastic stencil, and a card to squeegee on the solder paste. This can be messy, but it’s very fast, takes less than a minute for each one.  I have taken to making up batches of 10 polarshields at a time, it takes a reasonable weekend, or a long day from beginning to end. 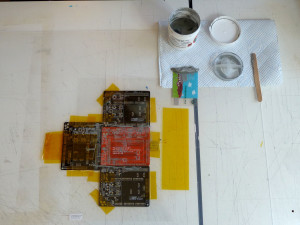 Sometimes bits get missing, or I accidentally rub off the paste during placing, and I use a little syringe to do touch-up stuff. Afterwards, there’s these nice little pillows of paste on all the pads. 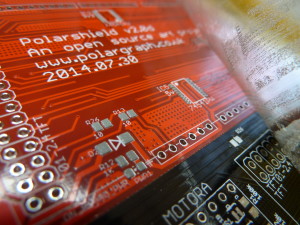 I’ve got all the parts I need in little boxes, and empty out about the right amount of parts, sort through the pile and turn them over and line them up with a pair of tweezers. I used to use tweezers to place them too, but have recently got a cheap vacuum pickup tool that makes it a bit quicker. 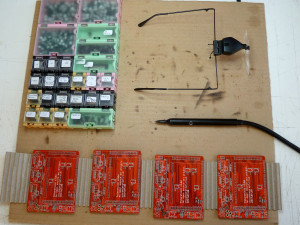 Using magnifiers and good lighting, dealing with these tiny parts is much easier than I thought it would be. 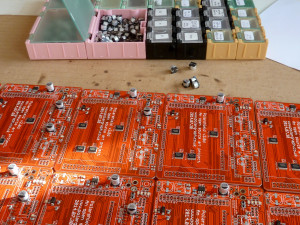 I place most of the ICs with tweezers, because I get a bit more control over their orientation – they have a tendency to swing around a bit on the tip of the vacuum. The really big parts (electrolytic caps and the inductor) are just placed with fingers.

I’ve got a hot air gun (Atten 858D+) that I used to take 8 minutes to melt all the solder paste on each board, and I still use that for touch-up and fixing. The last couple of batches of Polarshields have been soldered with a little home-made reflow oven though. This is a mini oven, retrofitted with a Zallus temperature controller. The temperature controller was a Kickstarter I backed at the end of last year, and it seems to work really well. Though the whole contraption looks like junk – but that’s my fault. 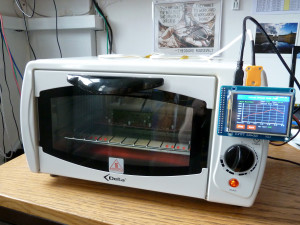 The boards go in two at a time, and cook for 6 minutes, releasing all kinds of (probably deadly) fumes. I only use lead-free solder in all my stuff, so it’s not the nice smell you get out of rosin-fluxed lead solder. I miss that. My old tutor told me that eating plenty of jam would help ward off the poisoning that we would all get off the solder fumes. I like the story.

There doesn’t seem to be any way to short-cut this one, just got to cut lots of parts to length and solder them all in. Using the kind of small iron tip that is useful for touching up SMT work makes this an absolute misery, so use a big clumsy chisel tip instead to whizz through. 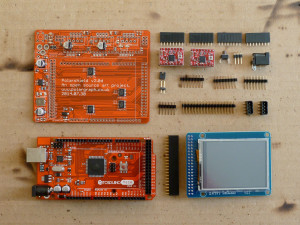 There are 156 points of through-holes to solder. During soldering, I sometimes spot things like this: 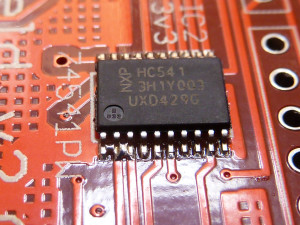 There’s a solder bridge between the first three pins of the IC. This is irritating, but out of 10 shields, there’s normally four or five bridges like this that need a touch-up. Fix it with some solder braid. In this case, I noticed the IC was a bit skew-whiff on it’s pads too. I am not sure if it is something about the heating profile, but it seems like the parts don’t always get “pulled” onto their pads by the solder tension during flowing. At least, not as straight as I saw when I was using the heat gun. So with this IC, I reflowed it using the heat gun, and just nudged it to straighten it up. Afterwards, I wash the board with Techspray Flux remover to clean it up. Add stepper drivers and LCD, and it’s ready to test.

Upload the latest version of polargraph_server_polarshield and see what happens. Well, I just got a white screen. So I took another look at the board and spotted another solder bridge. Fixed it.

Testing involves plugging in a couple of steppers, a servo and an SD card and running a test script from the card. If the motors move smoothly and quietly, and the servo wiggles, and the LCD responds to touch, then it’s cooked. 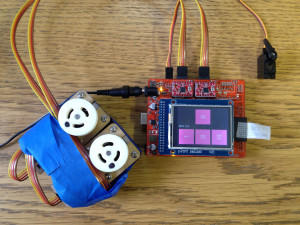 For full PolargraphSD kits (with the motors and cables), I do another test of the same routine before I pack everything up, to make sure the particular motors and the cables are correctly constructed, and they all work together.

The case is made up of 16 laser cut parts, and is fastened together with six M3 nuts and bolts, tab and slot style. I try to leave as much of the protective film on as possible during assembly. 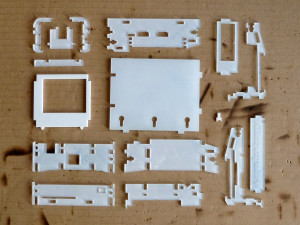 I enjoy peeling that stuff off when I buy a new product, so I assume other people like it too. It stops my grubby fingerprints spoiling it too. I’ve got white gloves and everything, for this bit.

So now you know. Tune in next week and I’ll show you something equally as thrilling, how I clean my oven or do the hoovering or something.

8 thoughts on “How to make a PolargraphSD”