The PCB v2 testing is still ongoing, the end is closer and I’m expecting the final boards late next week. This extra round of board testing was always accounted for in the schedule, but what I didn’t account for is the last set of PCBs taking three weeks instead of one week to arrive. So although I feel this is disastrous, and the project is crashing down around me, actually it’s only literally two weeks behind, and I just need to get a grip.

I know that’s not much consolation to those of you who have been waiting since February, and I am really sorry about that, and that’s the bad news. 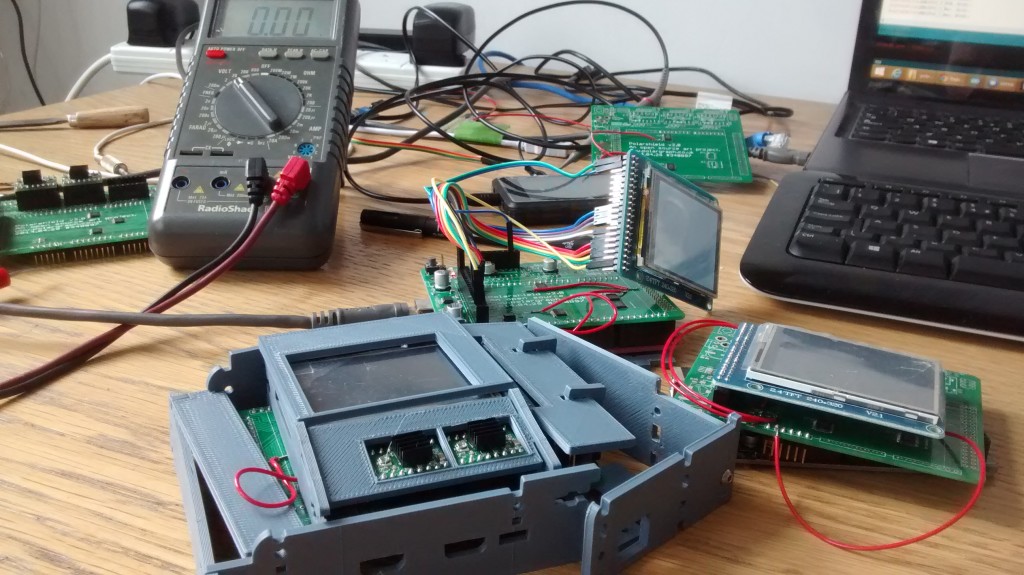 I’ll do a proper introduction when it’s done, but in short, the Polarshield v2 has an integrated switch-mode step-down power supply so that the arduino can be run safely from a single higher-voltage power supply, without overworking the arduino’s on-board voltage regulator. That’s all gone fairly smoothly. This makes the system much more tolerant of working with cheap, basic arduino clones.

The second feature is fixing the circuit that converts the arduino’s 5v signals to the 3.3v signals that the screen and SD card expect. Previously this used resistor networks, but I’m using logic buffer chips now. This should make SD cards from different manufacturers much more reliable. BUT, it is new to me, and that’s why I’m determined to make a mess of it.

For those who are interested, the PCB files, and the gerbers that go to the PCB house are in the repo at https://github.com/euphy/polarshield_hardware.