I’m still waiting for motors, but in the mean time I have been busily printing cases and soldering polarshields.  An hour and a half now – now bad. Here’s some new Polargraph motor brackets I’ve had made.  These have a couple of little improvements over the old designs that make them a little neater to install.  Cable management really: But the other feature is that they can also be installed upside down, with the motor hanging rather than being lifted – this should make cables even tidier.  Harder to mount and unmount however. Sorry for the continued wait folks, and thank you for your patience.

Hello, please find enclosed a few fixes, an improvement, and a new feature.

And a feature in a pear tree:

Vector art that has been created from an automatic bitmap tracing process tends to be made up of loads of tiny lines.   When processed through the controller and quantised to the grid of the machine, they often end up on top of each other, and duplicate points are just slow.

So I’ve added this new slider, which is essentially a high-pass filter that filters out lines below a certain length.  It re-samples longer lines, and discards entirely lines that are shorter than the threshold.  See these two vector previews: 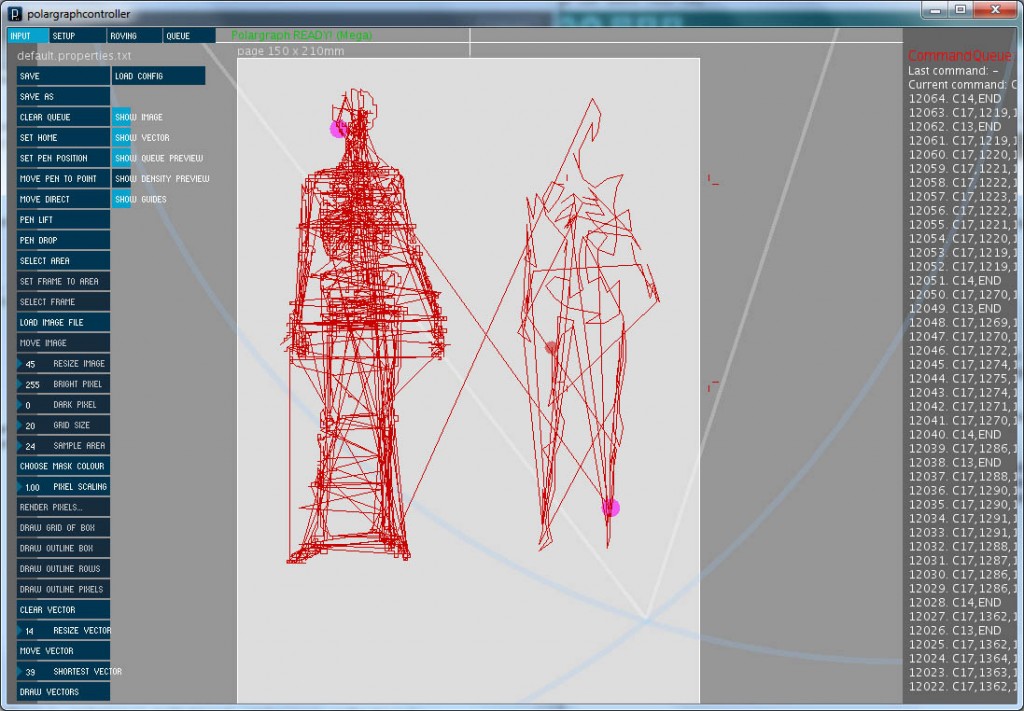 The left-hand figure has only duplicate points filtered out, this brings it down from around 15,000 commands to 11,700.  Quite a few of those are still just single points – just dots.

The right-hand figure has the shortest vector filter bumped way up, and only has 300 commands. 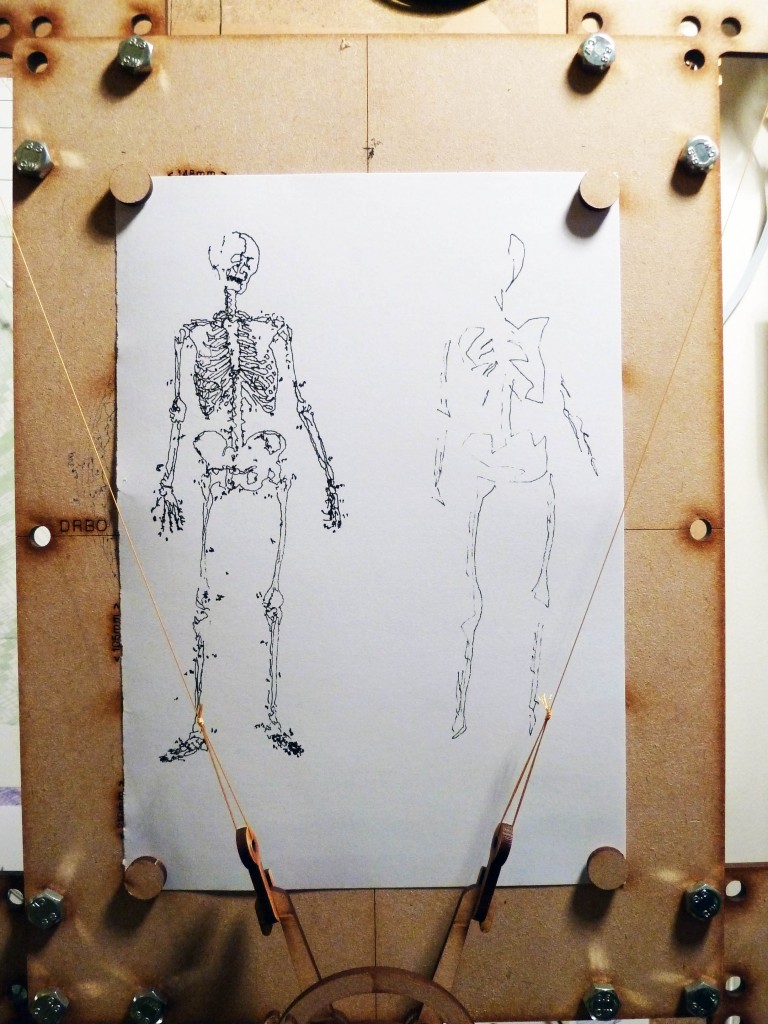 The drawing wasn’t very good because my pen was running out and it was a bit fast, but you get the point.  Smaller filter values will result in more fidelity, while bigger values will have a more dramatic effect.

Polargraph v1.2.4.  Code in the repo as usual, and compiled and bundled up in a zip.