And you didn’t even notice it was gone. Tsk.  I didn’t either.

So anyway, you can now choose a colour from the image (click choose mask colour and then click on the image) and any samples that have that exact same colour will be studiously ignored.

I first put this is for making duotone type effects in conjunction with the shade solid pixel type and a few different colours of pens.

Use PNGs instead of jpegs, because jpegs often have lots of artefacts in them that are not the exact colour you want.  Also bear in mind that it is the underlying colour that is checked for a match with the mask colour, not the averaged out brightness that appears in the density preview.  Oh, and the mask colour is saved to the properties file too, and can be checked by looking at the info screen (press i).

1.1.4 from the downloads section or the code repository.

Have a nice weekend! Congratulations to Judith Cottrell and Darcy Whyte for the success of this project – This uses Darcy Whyte’s accessible gondola (plans are hosted here but he might have an updated version) and his own kit. 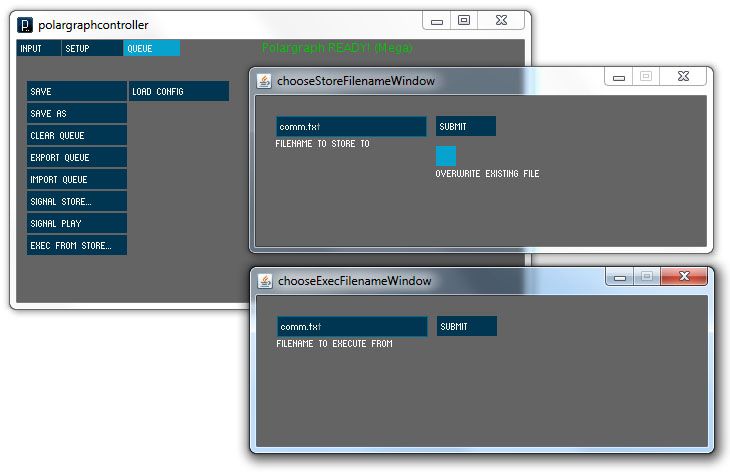 A word about testing and releasing.

When I’m putting in new features, or fixing issues, I do try to do some testing, but it’s often fairly rudimentary.  For issues like the multiple config files (above), while I know there are some things in it that don’t quite work, I’m still releasing that, because it doesn’t change the old behaviour.  You can still use the app like you always could.  If it required you to change lots of things, then I’d be a bit circumspect about letting it out.

For something like moving and resizing vectors, this is such a useful thing that it’s better that it’s out there and not working properly than it’s not available at all, at least, that’s my reasoning.  (And I think it is working properly, anyway!)  It might not be very proper development practice, in fact I know it isn’t, but I think the elite band of folk who choose to use this software would prefer to have something you can muddle through with rather than something that’s absolutely perfect but can’t do anything.  At least that’s what I’m looking for, ha! 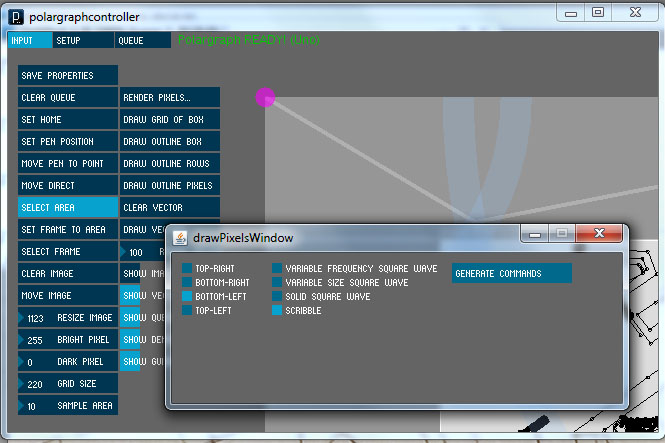