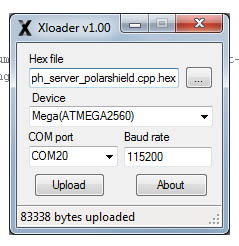 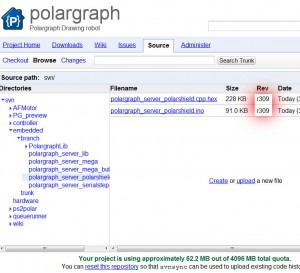 EDIT! – Use XLoader instead of this – it’s just as good and works on more boards.

Hello, a few people have had problems getting their programs uploaded to their arduinos.

EDIT! Looks like it is to do with bootloaders – Matt’s adventures confirm that.  I think it’s restricted to UNOs of a certain age.  The only UNO I ever owned I blew up literally hours after getting it, so can’t test.  And I don’t think this way of uploading will get around the issue – you might just have to reprogram your bootloader.

A second problem is that you need a couple of libraries installed, and not everybody want’s to harass themselves with that.  So I’ve made a precompiled hex file that you can load onto your arduino to save you that hassle.  You don’t even need to have arduino installed anymore.

And that’s it.  Unzip and startup ARP-Uploader, load up your hex file that you downloaded.

Choose the COM port that your arduino is on, and m328p as the microcontroller.

I’d be interested in knowing if this helps anybody who is having sketch size issues too.

OK, this hex file is good for Arduino UNO, Duemilanove, or any ATMEGA328-based arduinos.