The eagle-eyed among us may have noticed things happening in Polargraphland! I have listed some more machines for sale, and they’ll be shipping in the first half of April.

That’s good news! I’ve already mostly built most of a batch of 32 machines. One of the things I was pleased to get out the way quite early was printing the sprockets. I’d rebuilt my 3D printer since the last time I did it, so I had some tuning to do to get that perfect print. I didn’t want to do it because I hate the slow pain of trial and error.

Anyway, long story short, I got some settings that I was happy enough with and printed off around 80 sprockets – enough for this batch, plus some discards for quality control. 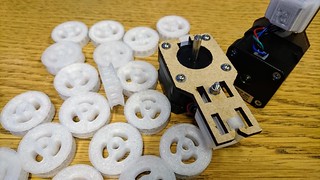 Well, I didn’t adjust the settings quite enough, because the holes in the middle are about 0.2mm too large. They get printed in batches of 16, and about two out of every batch was ok – and those were the two I tested.

The rest of them were much too loose. It makes them a really easy push-fit onto the motor shaft … and I hoped they’d be good enough, but I was making a how-to video this week and running these new sprockets and got a real sinking feeling… They aren’t good enough. There’s enough play on the shaft that the hole will eventually round out, and it’s a case of when, rather than if, the sprocket loses it’s grip. Even a dab of glue doesn’t solve it.

So it’s time to go through all my partly-packed machines and lever the sprockets off, and also run the 3D printer for the next few days to print replacements.

On one hand, it’s great that I’ve found this out, and am in a position to fix it before I’ve sent any machines out. On the other hand, I wish I had listened to my gut feeling when I printed the first set and they were only just “OK”. I was just so pleased to have fully completed one of my tasks that I dreaded going back to it.

It’s been obvious for a while that the touchscreen on the Polarshield is a bit unreliable. Every now and then, it is just unresponsive to touch, and it’s sometimes hard to coax it back into life.

(I believe this is a static electricity problem, to do with how the board is held when power is applied, the surface it is on, what kind of shoes I’m wearing, and probably the weather…)

I never have this problem while I’m using PolargraphSD machines in practice, because my machines always have a case. 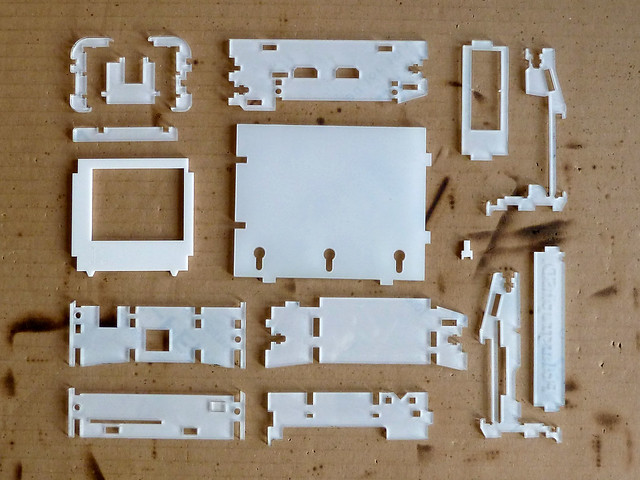 If you bought a Polarshield or a vitamin kit, and you’re having problems with your touch-screen, order one and it’ll probably fix it.

There’s a new wiki page about it too, with some low quality photographs to guide the way!: